a story of British Home Children on Vancouver Island

You have arrived at a work in progress.

This web site looks forward to offering a thoughtful journey through the Prince of Wales Fairbridge Farm School site in Cowichan Station on Vancouver Island, Canada. There is a story here that spans the experience of British Home Children, land development and heritage conservancy, and the echoes that remain in today’s elders who were touched by Kingsley Fairbridge’s vision for the salvation of underprivileged children in the UK. Watch this space as the story unfolds.

Click here for one part of the story: The Children of Fairbridge Farm School. 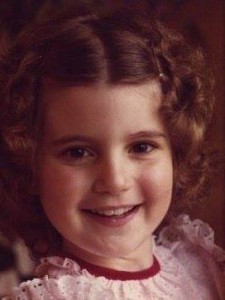 Author at the age of 7, the same age that many British Home Children we forced to leave England and make new homes in the colonies.

Alexandria Stuart writes and edits feature articles, journalism, fiction, and promotional materials. She’s been published in newspapers, magazines, and a variety of online media. After five years as co-producer and host of Arts Now on Shaw Television, her interest in broadcast media shifted to radio. She enjoyed co-producing The Farmer’s Table, a monthly documentary program focusing on the local food movement and small-scale agriculture for CKGI Gabriola Co-op Radio. While honing her skills in the Creative Writing department at VIU, Alexandria spent the 2014/15 academic year as Assistant Editor for The Navigator Newspaper. She looks forward to returning to this post in 2015/16.

In 2013 Alexandria was awarded Vancouver Island University’s Barry Broadfoot Award for Journalism in Creative Non-Fiction. In 2014 she went on to win the BC and Yukon Community Newspaper Association Award.

Born and raised in Vancouver, she made her home in Nanaimo nearly fifteen years ago. She lives here with her partner, son, and two very poorly behaved cats. When Alexandria isn’t glued to a keyboard you’ll find her trying not to disturb the bees in the garden, lost in one of the gorgeous outdoor spaces the city has to offer, or tucked away reading anything she can get her hands on.